Slab assembly at the old post office site in Allerød

Slab assembly at the project on the old post office site in Allerød began last Tuesday. Assembly is expected to be speeded up to five weeks instead of the original six, and the finished project will really begin to take shape when the shell house is completed at the beginning of August. Brick facing and roofing work will begin immediately after slab assembly is completed. The current plan is for construction to be finished in early 2017. 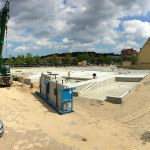 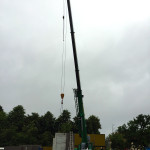 Innovates facilitates property development projects as well as rental and sale of commercial, residential and retail projects for tenants and investors.